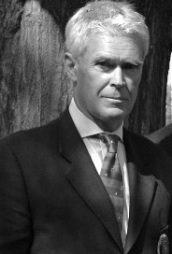 
RECORDS ARE MADE TO BE BROKEN

​Following the conclusion of last year’s Kiely Cup, Canterbury’s golf chairman informed me that due to a major tee and hole renovation project scheduled to begin after Labor Day, this year’s tournament would have to be moved up in the calendar from its traditional date in mid-September to August 20 & 21. Per OHSAA guidelines, this gave high school golf coaches no more than two weeks to assemble their teams and send me their rosters. In the past, our mid-September tournament functioned as a harbinger for the state tournament held in mid-October. Not this year.

Spectators and those of us who live in the Northeast Ohio remember the weather this past weekend was increment at best.  An hour before the teams were set to tee off on Sunday afternoon, the course received an inch of heavy rain. Then we saw the sun and a few quick cloudbursts followed by rain overnight. Fortunately, Canterbury drains well. We are privileged that Mike LoPresti, the finest course superintendent in these parts is all about drainage. He made sure playing conditions were ready bright and early Monday morning.

“Iggy” as they’re known in youth golf parlance are two-time Kiely Cup champs, (2006 and 2011)—and they are never out of the hunt. This year, they finished second for the seventh time—having previously been being runner-up in 2009, 2010, 2012, 2014, 2015, 2021. Dominance speaks for itself. Over the years their individual (per player) scores are a mere 2.4 strokes greater than the winners. St. Ignatius is clearly the most significant team in the history of the Kiely Cup tournament.

Ohio prep golfers are among the best in the country. Case in point:  St. Charles Prep’s Leo Walling qualified for this year’s USGA, Jr. Amateur held in Bandon Dunes (Oregon), and our 2018 medalist OSU’s own Maxwell Moldovan, played in the 2022 U.S. Open at The County Club, in Brookline, Massachusetts.

Finally, kudos to this year’s talented field and best to luck to all the golfers as they move closer to achieving their sectional, district and state aspirations.